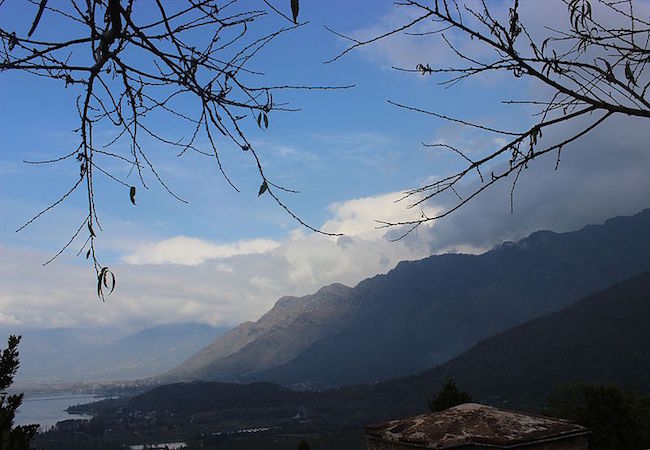 Repression will not solve the Kashmir dispute, only international mediation will

Between the two feuding neighbors the past is always present.

India and Pakistan appear to have fatalistically accepted that they are destined to a permanent absence of peace, if not perpetual war. Their respective nationalistic pride aside, they have shown neither competency nor proficiency in resolving even their lesser of the thorny issues independently. Mired in the pre-partition identity politics — marked by Hindu-Muslim binaries– they are ever busy in the zero-sum game of one-upmanship at every world forum. Between the two uneasy neighbors, the past is always present.

New Delhi’s intransigence has grown since Modi’s ascent to power — and India’s descent into fascism. India, for example, has bulldozed all peace overtures from Pakistan and has refused to acknowledge the pleas for justice by those who most despise its annexation of their territory – – the Kashmiris. India’s Hindu nationalist leaders perceive any concessions to Pakistan or restorative justice in Kashmir as extraneous, even damaging, to their Hindu Rashtra (nation) project.

On the flip side, Pakistan has shown enduring, if somewhat erroneous, confidence in the notion that the Kashmiris will inevitably favor their brand of nationalism, the very foundations of which have come under severe strain in their own country. The two nations have stubbornly held to their hackneyed positions, effectively sidelining the very people who have the most at stake — the Kashmiris. Kashmir has become “a plague on both their houses.”

The stalemate has endured for more than seven decades. Now, India and Pakistan have become national security states where the security establishments exercise total control over political affairs. Instead of seeking mutually beneficial security cooperation that addresses each country’s concerns, they have chosen the path of mutually assured destruction — a scenario that can engulf large swaths of the planet earth beyond South Asia.

A 2012 paper by Toby Dalton and Jaclyn Tandler at the Carnegie Endowment for International Peace cautioned us against dismissing these warnings, warning “these concerns might be passed off as Western media hype, if not for serious scholars and practitioners voicing them.”

The dispute over the most contentious Kashmir issue has rendered the contested territory into a battleground for two rival nationalisms: Indian Nationalism vs. Pakistan nationalism, both rooted in political and religious hatred. Conversely, the Kashmiris see India’s continued annexation of their territory as an existential threat patterned on the Israeli model for Palestine.

Thus, it also is a conflict between Kashmir’s cultural nationalism (a passion for maintaining its identity grounded in its history, culture, and geography) and India’s political and religious nationalism, which is predicated on the notion of a Hindu nation that seeks erasure of every other form of ethnic, religious, or other identities.

The infamous former governor of Kashmir, Jagmohan Malhotra, notoriously the “Butcher of Kashmir,” had famously advised that India should not expect Kashmiris to change their hearts. On the contrary, he had envisioned that the Kashmiris would change their minds once met with the State’s full might. While he was right on his counsel, he has been proven wrong in his prediction. Even though Pakistan appeals to many Kashmiri hearts and minds, India is a contender neither for Kashmiri hearts nor their minds. The vast majority (66%) would like to live as an independent country.

Perhaps persuaded by this sentiment, Pakistani Prime Minister Imran Khan has recently pledged to allow Kashmiris the right to independence if they were to vote for joining Pakistan in a UN-mandated plebiscite that has been delayed for seven decades.

The seven decades of brutal Indian occupation and the most recent escalation of repression have resulted in terminal alienation. A recent World Press Report from Kashmir has noted that “[t]he overwhelming belief among Kashmiris is that a solution to this conflict is no longer possible within the ambits of India’s constitution.”

Obviously, then, India is disadvantaged by two equally daunting challenges in Kashmir: Pakistan’s undying irredentist interest in the territory and Kashmiris’ chronic anger against the Indian rule.

Kashmiris have numerously spoken that they are neither interested in satisfying India’s preferences nor should they be expected to do so. No laws, legislations, or manufactured consents have integrated Kashmir with the Indian nation. The current quiet in Kashmir under the shadow of the gun is a creative coping mechanism. Kashmir will speak again; it is not a matter of if but when. A recent post published in The Diplomat last August noted, “sooner or later, it will burst out in a disaster.”

Kashmir’s resistance against foreign occupation and imperialism predates modern India’s formation, and it continues unabated today. A Kashmir born British scholar, Nitasha Kaul, in her “Kashmir: a place of blood and memory,” sums it up so succinctly:

So, why do the Kashmiris want India to quit Kashmir? Fortunately, the answer to this question is straightforward, aptly narrated in Kaul’s no-nonsense stunner:

“Burn your Bollywood movies. Come to Kashmir. Walk through our cities. The bridges. The ruins. The graves. Look at what we eat. Look at our buildings. Our shrines. Our architecture. Our speech. Our history. Speak to us. See how we live. We are not you. We have never been you. We don’t want to be you.”

As a reminder, Bollywood — the Indian celluloid dream world — has a history of whitewashing the reality that Kashmir is the root cause of the India-Pakistan conflict. They deliberately depict the scenic beauty of Kashmir instead, “perniciously smeared by Pakistan-sponsored militants and bravely defended by the brave Indian soldiers.”

As a settler-colonial power, India can command submission but not respect in Kashmir. It can convey callousness but not confidence. The Kashmiris can be held to a ransom only for so long. Any jackboot attempts at forced allegiance are bound to backfire inevitably. Repression has not secured Kashmir for India. Neither will glib political talk, pie-in-the-sky promises, or any diplomatic shenanigans.

For all of its “India Shining” publicity spectacle, India ranks 131st among 189 countries on the UN Human Development Index. At the same time, Pakistan has struggled to develop as a prosperous nation, ranking 154th, thanks to their dishonest leaders. Both nations are tied in the tangled web of the Kashmir problem souring their neighborly relations and stymieing regional cooperation that promises to lift millions of their people out of poverty.

For India and Pakistan to find ways out of their hostility, an outside mediation in resolving the Kashmir dispute is seriously warranted. India’s resistance to outside mediation or multilateral diplomacy cannot be accepted uncontested. There is nothing in the much-ballyhooed 1972 Simla Agreement that precludes third-party mediation.

This is the only path forward and eminently doable if the parties to the conflict desire a prosperous future for their people or if the international community desires to avoid a nuclear conflagration that could spiral into horror beyond South Asia. An eminent group of scientists has recently warned that a nuclear war between India and Pakistan could trigger “ice-Age temperatures, cause global famine, and kill 125 million people”.

With some relatively minor exceptions, their umpteen bilateral diplomatic engagements — both overt and covert — over the years are a tedious litany of failures, owing to mindsets informed by their zero-sum perception of their disputes, especially the core dispute over Kashmir.

The most tangible progress on the disputes has occurred only after the third-party interventions. The signing of the Indus Water Treaty, which was sponsored by the World Bank (1961), the Tashkent agreement facilitated by the then USSR (1966), and the multiple U.S. roles in de-escalating potential conflicts during the eighties and the Kargil war of 1999 are some of the conspicuous examples of successful international mediation in Indo-Pak conflicts.

Regardless, the underlying cause of their dispute — Kashmir — has remained unresolved. Meanwhile, Kashmir has continued to bleed. Recently, Genocide Watch has issued a genocide alert for Kashmir.

Since it is not just a territorial dispute between the two, the international community is responsible for protecting Kashmir’s disenfranchised and subjugated people without turning prejudicial to India’s sovereignty. After World War II, when the UN Charter of Human Rights was adopted, a state’s Westphalian right to sovereignty has not remained absolute. This right cannot go unchallenged regardless of how a state conducts itself against its minorities or neighbors.

The International Commission on Intervention and State Sovereignty’s 2001 report titled “Responsibility to Protect” (R2P) underscored that a State’s sovereignty entails twin responsibilities of respecting other states’ sovereignty and respecting the dignity and fundamental human rights of all the citizens under its control. The report emphasized the international community’s critical role in actively addressing underlying causes of internal conflicts within a State’s boundaries.

This implies that if a State failed to protect its citizens’ dignity and human rights, outside mediation or even intervention could not be construed as an infringement of a State’s sovereignty because it is a duty to protect disenfranchised people.

The international community’s time to discharge its obligation to help deliver justice for Kashmir’s besieged people is now. At stake are the lives and livelihood of millions of people in South Asia and beyond. 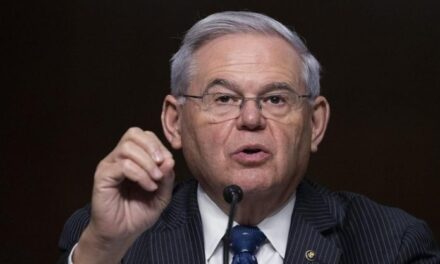 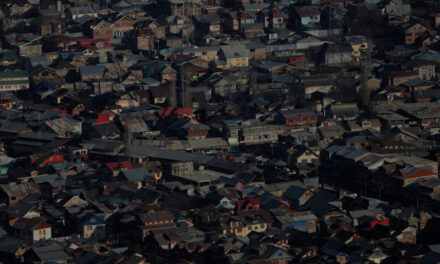 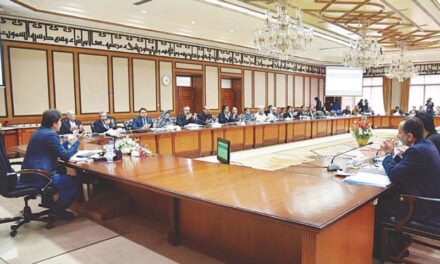 Cabinet turns down ECC decision, says ‘no trade with India’ until autonomy returned to IOK 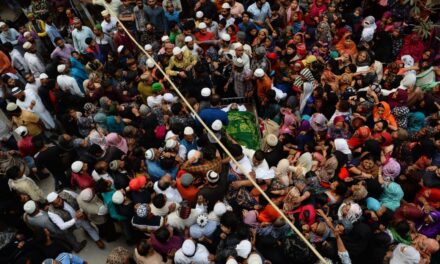 12 people and things that have ruined India